Today I would like to introduce, Author Gloria Parker. 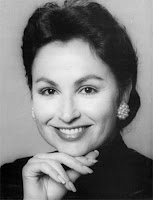 Welcome Gloria, Thank you for taking the time out of your busy schedule to talk to me.

Can you tell my readers a little bit about yourself?

I can say just that a little. I never thought that I would do anything but be an actress from as early as I can remember, but words kept presenting themselves on paper. I wrote and produced plays in the garage and starred the neighborhood kids and charged their parents 5 cents to attend. I did well as an actress starting in my first play at 13. I studied for close to 12 years, I could have been a doctor for all the study. The acting years were great, places, people and a lot of excitement and still I wrote plays and articles along the way.

When did you begin writing?

I guess I began writing professionally when I wrote Women's Gym and then went to work at New World Pictures, working on TV series.

What inspires you to write?

I dream what I want to write I wake up with it organized in my mind. I worked for a producer that said I had mental diarrhea, there would always be an idea in my head. I always wanted to write about my child, but a voice wouldn't come. Until one morning I woke up and then it was an easy flow. My child contributed by sharing with me stories of his life. I took them and ran with them. My husband says it's a dual memoir.

I attend to a large house in Mexico, I look after four stray dogs, and mostly I am always writing it's my job 4 to 6 hours a day.

We couldn't find a title...I tried a ;bunch of them out and one night at a dinner party I said to a friend I still needed a title and she asked several questions and said, why not meet Robyn."  I liked Meeting Robyn, I knew instantly it was the correct name because of the last chapter.

What are you most proud of accomplishing in your life?

I've done so many things in my life for which i am proud. It would be difficult to name one thing, but a few are the friends I have made, the love I have shared, the people I have helped, my child, and this book.

Can you share a little of your current work with us?

I'm working on a new book about a very dear friend of mine who was murdered two years ago. I want to remember her. Her's was a life that should not be forgotten.

My book can be purchased at Amazon,   Barnes & Noble,  White Bird Publications and you can walk into any bookstore around the world and order it.