First off, I want to thank you, Bill. It’s great that you took the
time from your busy schedule to talk to me. 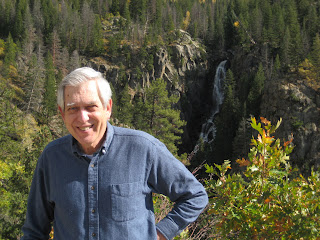 Can you tell us a little bit about yourself?
I grew up in the inner city of Cleveland, Ohio. My mother was first-generation Slovak and my father was of English-German descent. We lived in an old multi-ethnic neighborhood on Cleveland’s Westside. After college and a career move in Ohio, I relocated the family to Tulsa, Oklahoma. We’ve lived here 34 years and consider Oklahoma home.
My wife, Pam, and I have been married forty-seven years. We have two grown boys and are more in love as each day passes. Both of us are retired business professions and authors. We critique each other’s work and are still married. Lol. I write dark thrillers with anti-heroines and themes straight out of the news.

When and why did you begin writing?
I’ve always loved thrillers, and I wrote poems and pieces for the Ohio University press. Then life interrupted with marriage, kids, bills, and career moves. My grandparents came to America so their grandchildren could pursue the American dream, and the American dream added up to dollars and cents.
As I approached retirement, I’d accomplished the American dream. So I launched my writing career. I studied with Cecil Murphy and William Bernhardt, joined critique groups, entered contests, and wrote every day. Room 1515 won the OWFI Mystery, Suspense, Thriller Competition in 2011, and the same year I place 8th in the genre short story competition held by Writer’s Digest.

What inspires you to write and why?
In 2006, I looked toward the future and decided to plan for a different career. As Pam and I watched television, or enjoyed a movie, I’d whisper to her, “Watch and see. Here’s what going to happen next.” Then I’d say, “I could do better than that.” Doing better takes time. I’ve studied the craft since 2006, and I learn more every day.

Why did you choose to write this particular book?

I was inspired by Harry Wilson’s War, a true story about a congressman who arms the Afghans to fight the Russians. The book opens with lobbyist and the congressman in a pool being entertained by female escorts. This is the setting of Room 1515. I love politics. I love international intrigue. Ever read novels were the bad guys have no redeeming character and the good guys are Dudley Do-Rights. The real world is not this way. The more conflicted people and events are the better your novel will be. I mentioned the anti-heroine earlier. To put a true protagonist, loyal, honest, loves dogs, into Room 1515, would be sinful. I want an anti-heroine, a flawed woman pursing the enemies of her country, until she questions the tactics of her own government. I don’t want an evil antagonist either. Instead of Doctor No, I want to be unique. Create a sympathetic character with a noble purpose, likeable with being ruthless. Unique, complex characters hold readers interests.

Room 1515 is a suite in the Emerald hotel, a hotel built by Homeland Security to monitor the activities of congressmen, lobbyist, and their guests. Peacock, the anti-heroine, runs the female escort service for Homeland security in Room 1515. She can woo you or kill you. The government tells her which.

Have you started another book yet?

The sequel to Room 1515, Global Conquest, is in final draft. Another novel, a psycho-thriller, is going to press as of this writing. The Fifth Step is about an out of control pornography addict. A prominent preacher’s addiction threatens to destroy his reputation, his ministry, and his wife’s life. The Fifth Step comes from the 12-Step Program, Step 5: Admitted to God, ourselves, and another human being, the exact nature of our wrongs.

I speak to writer’s groups and do Internet radio and television interviews. I’m active in my church. I’ve taught Sunday school there for 20 years. I’m treasurer of the Tulsa Nightwriters. I’m an active blogger when I doubt have deadlines. I design my own book trailers, and I work with my wife on her novels. Oh yes, I read. Tom Clancy and Stieg Larrson are two of my favorite authors.

Where do you see yourself in five years?

I will have over ten books published. I will hit the New York Times Best Sellers List. I’ll be invited to be the Keynote Speaker at major writer’s conferences. I have no plans to slow down or to retire. You see, first you have to have a great book. Then you have to market, market, market.

Go to my website, www.bwetterman.wordpress.com. On the right side bar is a Buy Now section. Select Amazon, Barnes & Noble, or Sony Reader, your choice. Room 1515 is available in both paperback and E-book.

Thank you so much for having me on your blog.

It was great having you, Bill. 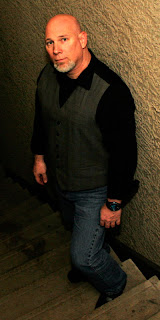 Today I have the pleasure of interviewing, CL Stegall, the author of The Weight of  Night.

First off, I want to thank you, CL, for taking the time to talk with me today.

Can you tell us a little bit about yourself? Well, I’m originally from North Carolina, but I lived in Southern California, San Diego, for longer than anywhere else. I left for the military two days after graduating high school and never looked back! I’ve held many jobs, with my current day job/career being a techie for a Fortune 500 company. But, my passion has always been for writing. I wrote my first short story for Spanish class as a freshman in high school, got an A+ and a note from the teacher saying I needed to continue my storytelling. Well, needless to say, that is advice I took to heart! I’ve written innumerable short stories, some of which have won various awards; and I wrote my first full-length novel, The Weight of Night, in 2010, published in 2011. I am the C.E.O. and co-founder of Dark Red Press, LLC., an independent publishing company. We’ve been busy in the last year, releasing five novels, a free Halloween-themed short story collection, and a DRP sci-fi post-apocalyptic novella collection.

What is your favorite quality about yourself? I guess it would have to be that I am pretty even-keeled.  It’s very difficult to get me angry. (If you’ve seen my photo, you’ll realize that this is a good thing, indeed.)  Heh-heh.  I just prefer to be happy, I suppose.

What made you want to be a writer? Honestly, I never really thought about that question very seriously until just now. What I’ve come up with is: my grandfather. That man could spin a yarn! He grew up in the Depression era. So, telling stories was a favored form of entertainment. I guess I really get that from him.

How long have you been writing? I wrote my first short story at the age of fourteen. I haven’t stopped writing since!

Why did you choose to write this particular book? Oh, this is a tale, indeed. Let me shorten it a bit, though. Don’t want to bore your fine readers now! You see, back in 2003, I was part of an online writing community (then called Arcane Artistry, now called Legend Fire). Once in a while I would enter one of their contests. Once I entered a predetermined title contest, meaning we were given a title and had to write a story to fit it. The story that came from that was Darkness In Avenhale. Amazingly, I took top prize! The greatest (and most) feedback I received was that folks wanted more of the tale. So, I set out to write a novel. Let me tell you, that is NOT an easy task. What began as a 3k-word short became an 80k word novel over the course of six-plus years.

How did you come up with the title? As I mentioned above, the original title wasn’t The Weight of Night. However, after I wrote the novel, having experienced Alexis’ fears and powers and tragedies, the title just seemed to fit.

What do you do when you are not writing? I’ve been known to dabble in music; painting; web design and development; and, I am a professional photographer, as well.  This is not to mention my duties as head of Dark Red Press and my “day job.” I tend to stay busy!

Can you share a little of your current work with us? I am currently working on two separate pieces: the sequel to The Weight of Night being the main WIP. It was originally supposed to be titled Red Tome; however, the more I write, the more the title pops up as “Hearts In Aether.” In addition, I am working on an urban fantasy thriller—the first in my Valence Of Infinity series—The Blood of Others. I’ve come up with a serious twist on the old-hat vampire tales. This one ain’t for the kiddies, folks! You can keep up with Paris and Garrett and others from the novel at their Facebook and Twitter sites:
http://www.facebook.com/ValenceOfInfinity
http://twitter.com/ParisTheVampire

How and where can we purchase your book? The Weight of Night – Special Edition (which contains two additional tales of the Progeny) is available at Amazon (paperback and for Kindle). You can also still get the original version at Amazon and Barnes & Noble (paperback and for the Nook), as well as Smashwords and through ordering at your local bookstores.
Posted by Evelyn M. Byrne at 10:39 PM 1 comment: